Hello everyone, here is a behind the scene’s look at the cover shoot of USA TODAY’S BEST SELLING NOVEL “Alpha Wolf Need Not Apply” Written by Terry Spear.

NOW AVAILABLE for purchase at all major retail stores like Wal-Mart, Target, Barnes and Noble, Etc. Get your copy today!

This is the short clip but the 8 min video gives you a deeper look and VIP pass behind the scenes of shooting of the cover. FULL VIDEO ONLY AT ZachScheerer.com

THERE’S A NEW WOLF PACK IN SILVER TERRITORY
Wolf shifter and park ranger Eric Silver is committed to his job policing spectacular San Isabel National Forest, and he’s hot on the scent of some mysterious wolves who are up to no good. When Eric’s investigation leads him to cross paths with forester Pepper Grayling, he’s fascinated to learn this she-wolf is her pack’s leader—strong, independent, and definitely not looking for a mate.

AND THIS TIME THE LEADER’S A SHE…
With unknown dangers on the prowl, Pepper is tempted to give in to her attraction to Eric and align her pack with his. But Pepper’s been pursued by many an alpha male out to take over her pack and gain her hard-won territory—and Eric is a born leader. How does Eric earn the trust of a she-wolf who’s been betrayed so often in the past? 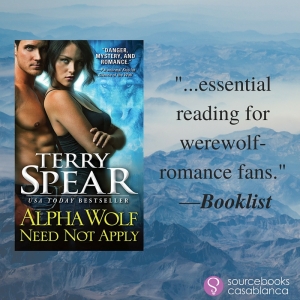 I’ve been working on SEAL Wolf Undercover, and moving grass and planting flowers, and hanging pictures, organizing my office and taking pictures! The birds are full of life and it’s hard not take take pictures of them when they’re so begging for me to!

Daddy feeding baby cardinal. Note the baby has a tinge of red feathers, but not a red beak yet. From a distance, I thought the daddy was feeding some other bird’s baby! But you can see her/his little crown too.

Here, Mommy is like a ghostly blur. She’s on the feeder closer to the window while Daddy is taking care of junior. 🙂  So see??? I just had to take pictures.

Have a super day!