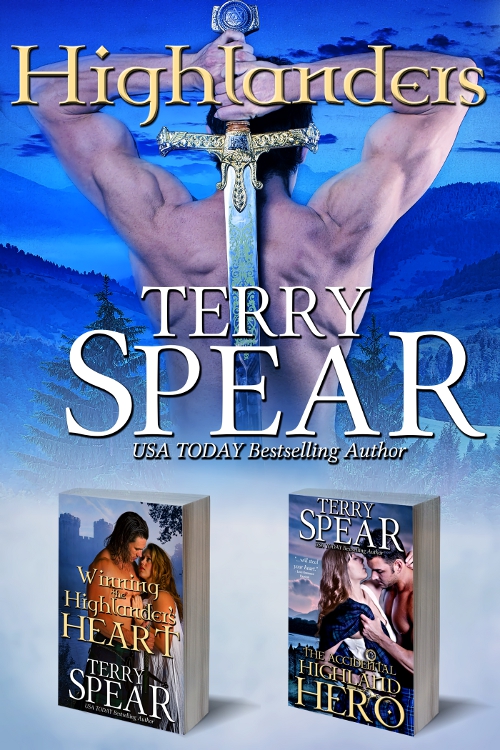 Lady Anice vows to flee the amorous advances of King Henry I and return to her home in the Highlands where she hopes to find a laird to wed. She soon discovers her staff has vanished. Premonitions of imminent danger warn her of foul play, and she is certain she is cursed when it comes to marriage.

The king orders the Highlander Laird Malcolm MacNeill, who is seeking an English bride, to provide the lass safe escort and learn what has become of her staff. Escorting her home safely proves a dangerous trial in and of itself and Malcolm has difficulty keeping his heart out of the matter. When the king wishes Lady Anice be wed to one of his loyal barons, the issue is further complicated. Losing his heart to the lass means Malcolm could very well lose his head.

Lady Eilis Dunbarton’s life undergoes a drastic change with the death of her cousin, Agnes. Now she’s faced with the disagreeable prospect of marrying the man who was to be her cousin’s husband. Not by a change of contract, though. Instead, by deceit—pretending to be her cousin. But if her husband-to-be discovers she’s not really Agnes, her life is forfeit. So what choice does Eilis have but to flee?

When Laird James MacNeill’s clan rescues a half-drowned lass from the sea, there is speculation she is of the enemy clan, especially since she doesn’t remember her own name. James is immediately enticed with the lady, but his focus must remain on finding the proper bride. For if he does not wed soon, he must give up his holdings to one of his younger brothers. Focus slips away with each day Eilis is close, and James finds himself contemplating the thought of taking her to wife without knowing her true identity.

But how dangerous would the end result be? And what will happen if Eilis’s husband-to-be comes looking for her only to find her in the arms of another man?

Still waiting on Barnes and Noble!