Finished proofing Loving the White Bear! I approved the final version. The print version should be available soon! https://www.createspace.com/6918350

Rob MacMathan and his brother and a friend run the White Bear Wilderness Adventures Tour, White Bear, where polar bear shifters have staked a claim. This is their last tour group of the season, but when photojournalist, Alicia Raycroft, touches Rob and envisions what he sees, though her paranormal abilities deal with psychometry, whereas he’s clairvoyant, they’re both stunned. He witnesses a fight with an enraged grizzly; she sees a polar trying to eat her, which he interprets to mean he’s wearing his polar bear coat and trying to save her. In no way can he reveal the truth to her. Yet, just that connection between them pushes them to go beyond his self-imposed boundaries with both a client and a human.
Alicia is fascinated with Rob, not only because he’s rugged and handsome and just as interested in her, he intrigues her like no other man has ever done when her touching him reveals he has abilities like she has. She envisions a white bear coming for her as snow swirls about her in the Alaskan wilderness, yet she’s determined to take this trek even if it’s her last. She believes fate is predetermined and nothing she will do can change the outcome anyway. Alicia and Rob are already headed down one dangerous path, so why not risk a chance at love too? Only he has more dark secrets he’s unwilling to share
Amazon: https://www.amazon.com/dp/B01MSATOZ5
iBooks:https://itunes.apple.com/us/book/loving-the-white-bear/id1198703410?mt=11
BN:http://www.barnesandnoble.com/w/loving-the-white-bear-terry-spear/1125534869?ean=2940157439293
Kobo:https://www.kobo.com/us/en/ebook/loving-the-white-bear
Google Play: https://play.google.com/store/books/details/Terry_Spear_Loving_the_White_Bear?id=tP_4DQAAQBAJ
Smashwords: https://www.smashwords.com/books/view/698737

I also discovered the links are now available to preorder the next 3 books coming out this year! 🙂 <3

Between a Wolf and a Hard Place
April 2017 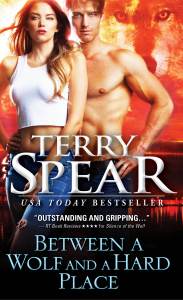 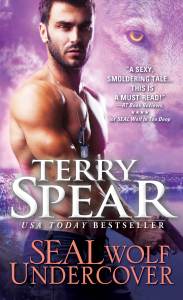 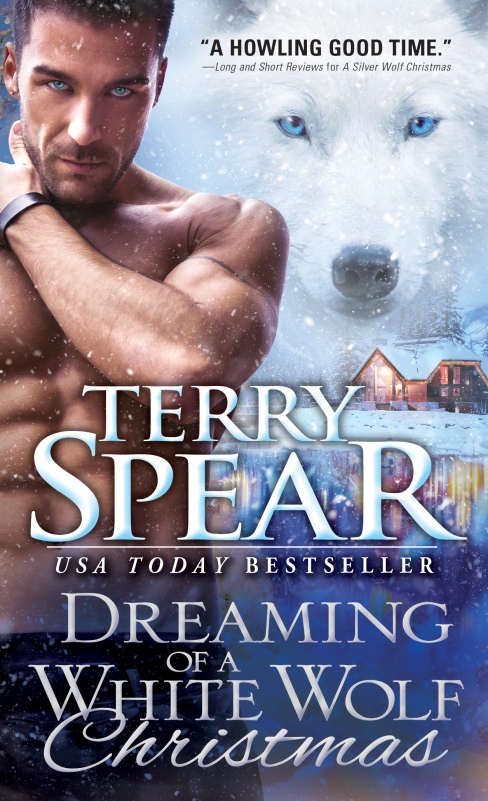 So I was cutting back the esperanza after the freeze killed it back. I wasn’t sure if the leaves would come back on the branches, but they weren’t. They’re coming from the ground. But then I saw a wondrous site. 🙂 <3 It pays to pay attention to detail.

So I left the lizard’s hiding place alone.

Have a wonderful weekend!